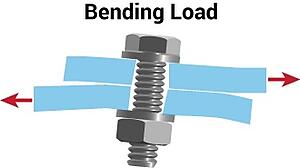 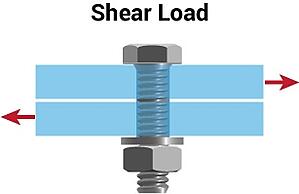 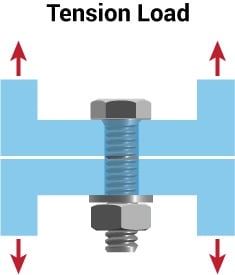 If the bolts aren’t properly pretensioned then the tensile and shear loads would be 100% on the bolt. This is bad because threads pretty much act as a stress concentrator. If its properly pretensioned than the bolt seens no shear load as the clamped members are held by frictional force in the shear direction rather than by the bolt. For the tensile loaded bolt it would depend on the material of the members but the bolt would not see 100%.

Not sure about bending moment of fatigue failure