What's the optimal size rock to throw if you want to throw it as far as possible?

Background: This is a question that Mark Rober would ask during interviews for his team at Apple!

Key Variables could be: 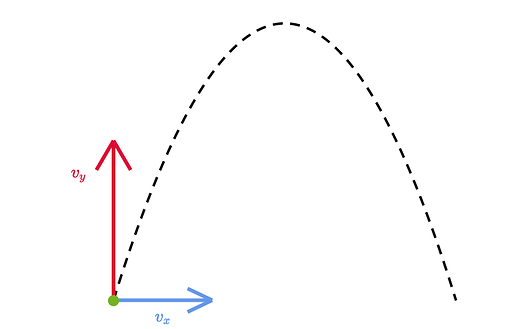 Gravitational force will pull downward, affecting the vertical component of velocity at the inflection point. Air resistance is typically considered negligible when solving these problems. However, if you’re assuming air resistance is not negligible, this resistance will cause a horizontal acceleration slowing down the horizontal motion.

The governing equation for this problem (without air resistance) would be:

Thinking through this question and assuming I want to maximize the horizontal travel distance, the key factors here would be to:

Additionally, it should be important to consider any physiological variables given that a human arm is throwing the rock. The following reddit thread details the specifics of a maximum distance throw in more detail ( Reddit )