Can you draw the block diagram for an inverting operational amplifier and derive the gain equation?

Rules of Thumbs about Op Amps:

The circuit for an inverting op amp looks as follows: 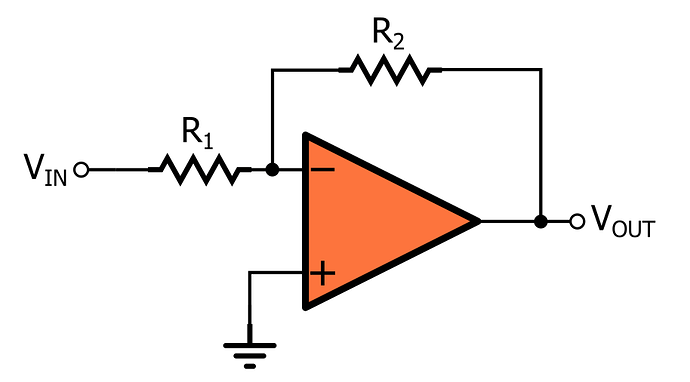 where the inverting op amp gain is:

Working through the derivation of the gain formula: Mathematically the voltage gain offered by the circuit is given as

However, we know that an ideal op amp has infinite input impedance due to which the currents flowing into its input terminals are zero i.e. I1 = I2 = 0. Thus, Ii = If. Hence,

From, above two equations, we get,